GOSH transforms the lives of two special brothers from Russia

Six-year-old Vasilii and three-year-old Artem are two unique and special brothers from Russia. Both Vasilii and Artem have the same rare and complex condition called bladder exstrophy, which affects only one in 50,000 births. Both brothers needed expert treatment to manage their condition, and with the support of a Russian charity called Rusfond and Anglomedical, a medical concierge based in the UK, the family came to Great Ormond Street Hospital for Children (GOSH) in London for life-changing surgeries with Professor Imran Mushtaq, Consultant Paediatric Urologist.

“I first learnt about bladder exstrophy in 2012, when Vasilii was born. I was very scared.” The boy’s mother, Nadezhda, says. “The doctors in our village looked at Vasilii but no one knew what to do as they never seen it before.”

“Three years ago, I had Artem. When I was pregnant, the doctors said he was fine and there was nothing to worry about. However, when I gave birth to Artem and woke up from the general anaesthesia, I was told he had the same condition as Vasilii. It was very scary for me. I was panicking, and I thought the whole world has gone from me. I was drowning.”

Both Vasilii and Artem received treatment in Russia before coming to GOSH. Vasilii had five surgeries and Artem was transferred to different hospitals. “When Artem was 15-month old, we went Moscow with him. They gave him the injection in the bladder. They told me that I need to stretch the bladder with my finger, I couldn’t do that. It was very painful for him physically and for me emotionally.” Nadezhda remembers.

However, last winter, things became more positive for the family. “A urologist in Russia advised us that we could be referred to Prof. Mushtaq at GOSH. He told us that Prof. Mushtaq was a very good doctor and the only one who can help us to do the surgery we need. So, I decided to go to London and get help for my children.”

“Bladder exstrophy is a congenital abnormality that occurs when the skin over the lower abdominal wall (bottom part of the tummy) does not form properly. The bladder is open and exposed on the outside of the abdomen.” Professor Mushtaq explains. “Bladder exstrophy is more likely to affect boys than girls, and there is an increased chance of a second child having bladder exstrophy if one of your children already has the condition.”

Normally children with bladder exstrophy need a bladder and abdominal wall repair operation a few days after birth so that the bladder positioned correctly in the body. After the operation, urine drains from the bladder through catheters. Then once a child is one to two years old, they require an additional surgery called the Kelly Procedure, which is a soft tissue reconstruction of the bladder neck. This allows children to become continent.

“Artem, the younger brother, has had an attempt at repair in Russia which failed so we have done a redo closure of the bladder. Currently, Artem has recovered very well at GOSH and in about one year he will require a Kelly operation.” Professor Mushtaq says. “Vasilii had a successful closure and then had a Kelly Procedure done about 6 years ago in Russia. Despite an excellent result from the Kelly operation, his bladder did not increase in size and he remained incontinent. For this reason, he has now had a bladder enlargement operation called a bladder augmentation. Vasilii will be completely continent after this operation but will need to empty bladder with a catheter every three to four hours.”

“Professor Mushtaq is a very good and kind doctor,” Nadezhda says. “He looks after his patients very well. We believe in him very much and I can see that he is very confident and experienced because the results of the surgery are just amazing. I have never seen a doctor like this before. I really wish other children who are suffering from a very difficult urological condition come here to get treatment with the Professor Mushtaq.”

“During our stay at GOSH, everyone looked after us very well. GOSH is a very beautiful, warm and welcoming hospital. A huge thank you to Rusfond who funded my sons' treatment and made it all possible for them. I also want to thank the volunteers from the Russian church community in London and Anglomedical, who supported us during our journey.”

Mum continues: “Vasilii and Artem are very close to each other and they can’t live without each other. They love Lego very much and always share toys together. They are very outgoing and trusting children. As the older brother, Vasilii is very brave and cheers Artem up. When he went to surgery, he was very calm and believed everything will be ok. I was so pleased when Vasilii said that he wants to become a doctor to help children”.

“For the future, I wish my children have the same future and opportunities as everybody else. I hope that they can grow into adults, define themselves and no one underestimates them. I am so pleased that next September, Vasilii would become seven-year-old so we will send him to school as a new student.” 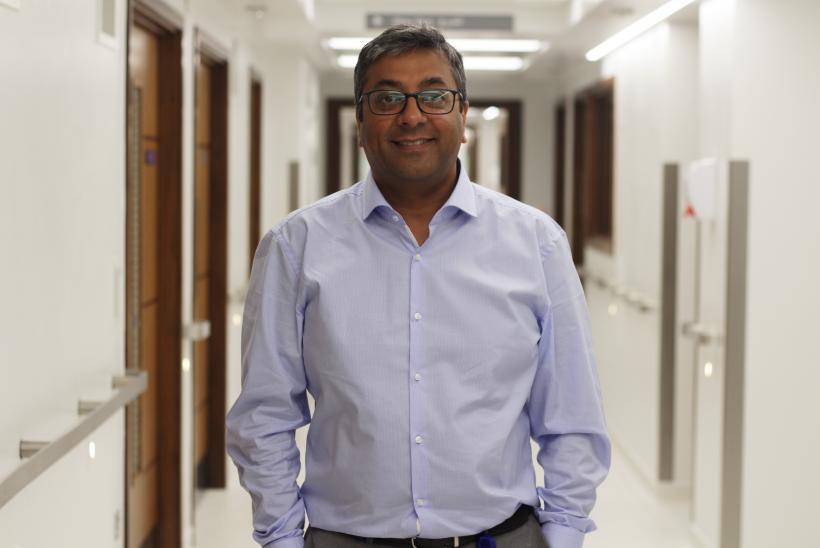 Professor Imran Mushtaq, Consultant Paediatric Urologist at Great Ormond Street Hospital (GOSH) and Senior Lecturer at the Institute of Child Health, London, started his career as a Paediatric Urologist in 2001. He pioneered minimally invasive urological surgery in London and is widely regarded as one of the leading laparoscopic surgeons in the UK, with expertise in the techniques of nephrectomy, partial nephrectomy, adrenalectomy, pyeloplasty and robotic surgery. Professor Mushtaq has a specialist interest in reconstructive urology, comprising hypospadias, disorders of sex development, neuropathic bladder and bladder exstrophy and epispadias. 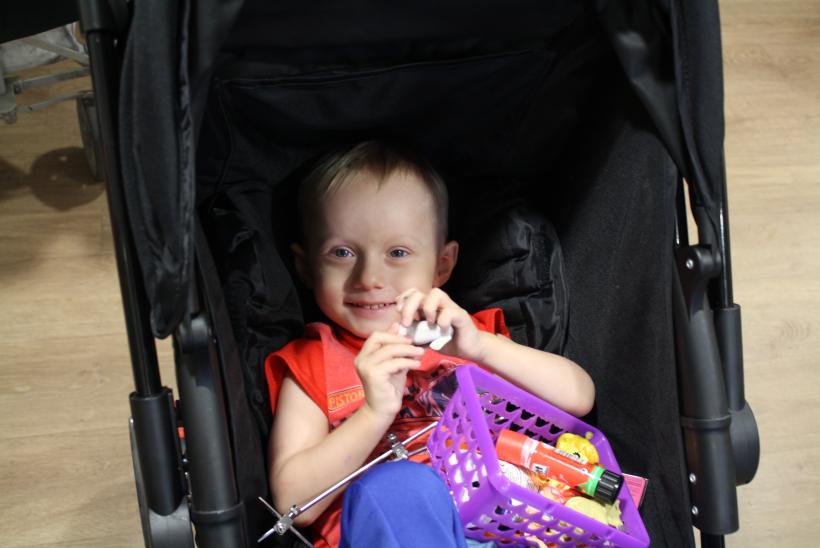 AngloMedical is the market leader in organising world-class medical treatment for expats living in the UK and overseas clients from Russia, Ukraine, Kazakhstan, the Middle East and China. We provide consulting, booking, interpreting and assistance with visas and accommodation. We arrange consultations and treatment with top medical professionals in the best private hospitals in London. We specialise in helping patients who expect the highest standards in personalised healthcare and state-of-the-art diagnostic and medical technology. Learn more about AngloMedical: https://www.anglomedical.com/en/